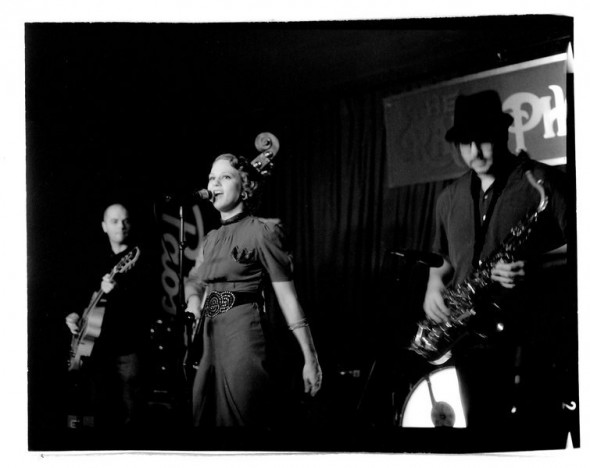 Do your kids love trains and good music? The hot jazz and swing happy sounds of Miss Jubilee and the Humdingers will entertain holiday Metrolink riders Saturday, December 15, 2012 from 1:22 to 3:21 pm on the Red Line. The route begins at the Fairview Heights station in Illinois, travels to Lambert-St. Louis International Airport, and returns to Fairview Heights. Miss Jubilee and the Humdingers will be performing swing music, blues, and holiday favorites. The concert is free with a valid Metrolink ticket.

Listen (and dance around the room) to Miss Jubilee and the Humdingers before you go! 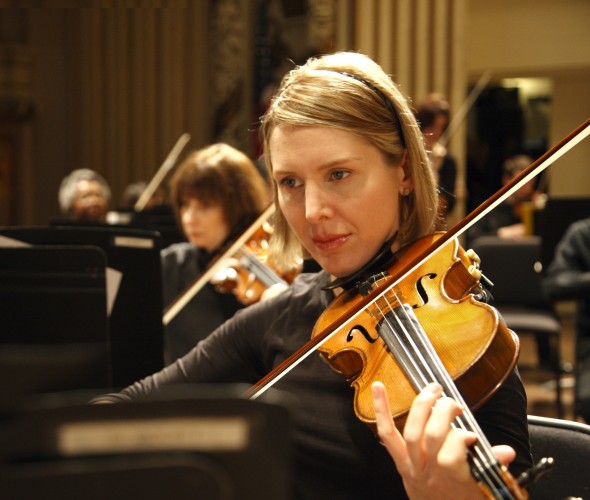 The St. Louis Symphony is right in your backyard but is also world renowned. Haven’t seen them before or having difficulty picking a concert from their wonderfully full performance schedule? Here are some suggestions for both unique outings with the kids and stellar date nights. In particular, the date night concerts feature some not-to-be-missed incredible artists and repertoire. Unless otherwise noted, the following descriptions (and adjectives) of the performances are taken directly from the St. Louis Symphony web site.

Warner Brothers presents “Bugs Bunny at the Symphony”
Saturday, September 10, 2011 at 7 pm
Sunday, September 11, 2011 at 2 pm
George Daugherty, conductor and creator
Bugs Bunny is back with the STL Symphony providing live accompaniment to your favorite classic Looney Tunes on the big screen. This exhilarating new version is perfect for the entire family.

The Composer is Dead
by Nathaniel Stookey with text by Lemony Snicket
Sunday, October 30, 2011 at 3 pm
Ward Stare, conductor
Bobby Norfolk, narrator
There’s dreadful news from within Powell Hall–the composer is dead! Halloween weekend experience Lemony Snicket’s murder mystery whodunit, where the instruments are the suspects and no one will go unnoticed.

Disney in Concert: Magical Music from the Movies
Saturday, February 11, 2012 at 7 pm
Sunday, February 12, 2012 at 2 pm
Ward Stare, conductor
Fun for the whole family! Enjoy a concert of symphonic arrangements from The Walt Disney Studio vault. Disney in Concert features music, film clips, and artist renderings showcasing a variety of musical scores from popular Disney movies including Mary Poppins, The Lion King, The Huntchback of Notre Dame, and more.

DATE NIGHT CONCERTS (or, go by yourself!) WORTHY OF BABYSITTER MONEY

Enigma Variations
Friday, October 21, 2011 at 10:30 am (Coffee Concert)
Saturday, October 22, 2011 at 8 pm
Sunday, October 23, 2011 at 3 pm
Vasily Petrenko, conductor
Olga Kern, piano (Culture Mama note: I worked with this wonderful pianist in DC at her Kennedy Center debut and have been continuously amazed at her strength, smarts, and gorgeous playing.)
RACHMANINOFF The Isle of the Dead
CHOPIN Piano Concerto No. 1
ELGAR Enigma Variations
Elgar’s mysterious Enigma Variations are full of familiar and gorgeous melodies including the popular “Nimrod.” Paired with pianist Olga Kern performing Chopin’s dazzling Piano Concert No. 1, you’ll be humming the marvelous tunes of this program for days.

Want to expand your preschooler’s movie repertoire beyond the usual Pixar and Disney choices? Try the 1952 classic Singin’ in the Rain. Award winning, toe-tapping, glorious dancing, and parodied beyond belief over the years, the comedic musical Singin’ in the Rain features some great humor and movement that will keep you and your child entertained. A nice plus is that there are no “scary” scenes unlike in many of Pixar and Disney films. We mainly fast forward to all the singing and dancing parts for my three year old daughter. Some of her favorite songs are:

* Make ‘Em Laugh (Donald O’Connor’s incredible song and dance scene. The part when he tries to get up and keeps falling down of course is a hit with preschoolers.)

Our daughter also laughs out loud at the funny voice of leading lady Lina Lamont (Jean Hagen) in the talking scenes and the antics of Cosmo Brown (Donald O’Connor).

One of the best musicals in film history, Singin’ in the Rain is readily available at your public library, Netflix, Amazon instant video rental, and Blockbuster. Happy watching (dancing and singing too). 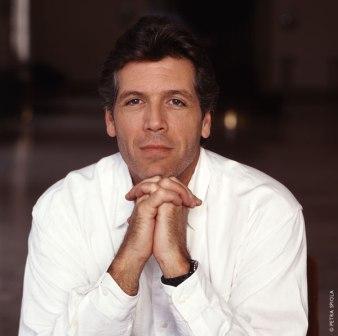 One of my favorite recordings is of baritone Thomas Hampson singing songs by Ives, Griffes, and MacDowell. Surprisingly poignant and melodic, the Ives lieder are just filled with wonder and calm. I played this recording while my baby was in the NICU (she was a preemie) and the music regularly quieted a room full of crying. Not all of the pieces are quiet so peaceful, so I burned a CD with my favorites and play it when my now preschooler needs some down time. A nice alternative to the usual tot lullaby CDs out there. You might also check your local library for a copy–the album was recorded in 1991. 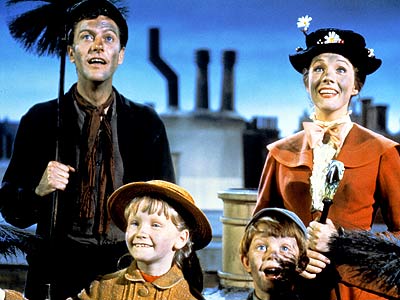