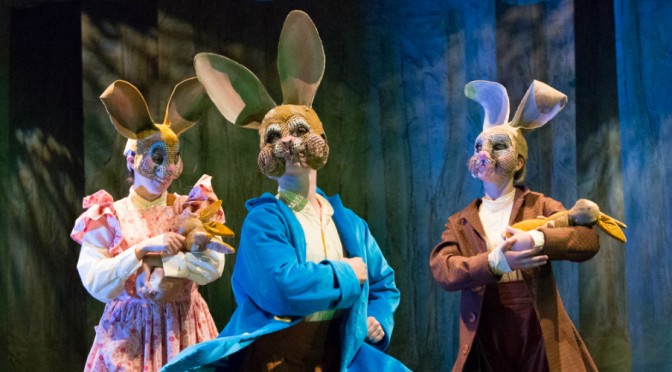 Here are some wonderful live performances to see with your family this winter in St. Louis. Charlotte’s Web, MOMIX, Seussical, the St. Louis Symphony, and Peter Rabbit Tales are sure to entertain! 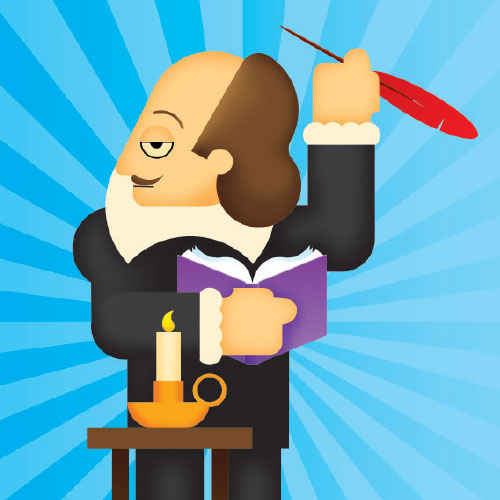 Take a journey through the eyes of a few of Shakespeare’s most adventurous characters. Magic and mischief will follow you as his exciting stories unfold before your eyes and ears. Through music and the ancient art of storytelling, children and families will connect with the language and themes of some of Shakespeare’s most popular plays in an immersive, theatrical celebration. Featuring Mendelssohn’s A Midsummer Night’s Dream and more.

“Once upon a time there were four little Rabbits, and their names were – Flopsy, Mopsy, Cotton-tail and Peter….” These famous opening lines of “The Tale of Peter Rabbit” have enchanted young audiences for over one hundred years with the exploits of a charming hero, who, going against his mother’s wishes, has adventures (and misadventures) in Mr. McGregor’s garden. Beatrix Potter created an instant classic with the little blue-coated rabbit who we recognize as both boy and rabbit, wild and civilized, and who has become an icon of childhood since he first hopped out of the pages of a story book and into children’s hearts. Enchantment Theatre Company is delighted to collaborate with Frederick Warne & Co. and Penguin Books UK to present the authorized theatrical version of Peter Rabbit™ Tales.

Meet Peter Rabbit and Benjamin Bunny, Beatrix Potter’s beloved characters, as they escape from Mr. McGregor, outfox Mr. Tod and rescue the Flopsy Bunnies from the disagreeable badger, Tommy Brock. When Benjamin’s children disappear, he goes to his cousin, Peter Rabbit, to help him find the bunnies. But Peter thinks he’s had quite enough of adventure, remembering his youthful escapades in Mr. McGregor’s garden. As the cousins reminisce about their past adventures, their friends – Squirrel Nutkin, Mrs. Tiggy-Winkle, Jemima Puddle-duck and Mrs. Tittlemouse – gather to encourage Peter on this one last quest.

Here are some great live theater events to take your family to in the next few weeks.

1. Diavolo: Friday, February 28 at 8 pm; Saturday, March 1 at 2 pm and 8 pm
The Minneapolis Star Tribune calls dance company, Diavolo, ““A wild mash-up between Cirque du Soleil and American Gladiators with Vegas-style showmanship.” The company is one of the West Coast’s most prominent dance companies and a designated cultural treasure of the City of Los Angeles. Composed of modern dancers, athletes, gymnasts, ballet dancers, martial artists, actors, and stunt performers, Diavolo pushes the boundaries of dance through its dynamic movement and signature use of colossal set pieces, including skateboard ramps, a 15-foot staircase, an 18-foot aluminum and steel spinning wheel, and a giant cube that turns into a pyramid. A Dance St. Louis presentation. Approximate run time is 90 minutes with one intermission. Best for children 6 years old and up.

2. The Tortoise and the Hare: Friday, February 28 at 7 pm (doors open at 6:30 pm)
The Imaginary Theatre Company produces wonderful children’s productions with great singing, dancing, and humor. This well known Aesop’s fable springs to life in a fun new musical adaptation. Henry is a racer, one of the fastest bunnies the forest has ever seen. Shelly’s a tortoise, his quietly devoted best friend. Henry has always been the star of the show, until one day Shelly starts to have some dreams of her own. With the help of their forest friends, Shelly realizes her own worth and Henry finds out that sometimes being the best isn’t the most important thing. Best for children 5 to 8 years old (who can stay up late!). Approximate run time is 45 minutes. 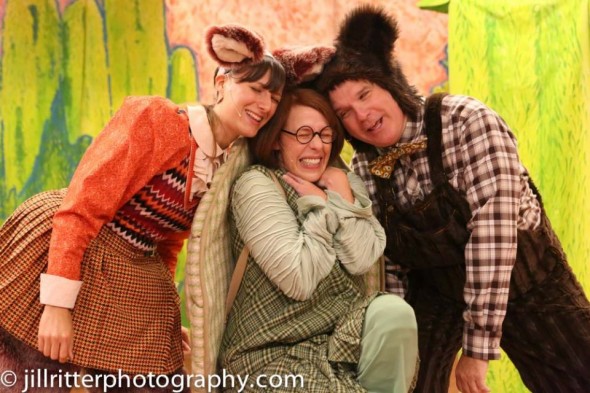 3. The Ugly Duckling & The Tortoise and the Hare: Friday, March 21 at 7:30 pm; Saturday, March 22 at 2 pm; Sunday, March 23 at 2 pm
Lightwire Theater, in conjunction with Corbian Visual Arts and Dance, bring their use of cutting edge technology, moving sculpture, and dance to an unforgettable theatrical experience. The Ugly Duckling and The Tortoise and the Hare use Corbian’s signature electroluminescent puppetry. Hans Christian Andersen’s The Ugly Duckling has helped generations of children understand one of humanity’s universal struggles. Lightwire Theater brings this classic story to the modern stage offering hope to us all as we root for the ugly duckling who exemplifies resilience and heroism along the way to becoming a beautiful swan. Aesop’s fable, The Tortoise and the Hare, now more than 2,500 years old, continues to drive home the time-tested adage, “Slow and steady wins the race.” Lightwire Theater, with its dazzling visuals, poignant choreography, and creative use of music ranging from classical to jazz to pop, literally brings these beloved tales into a new and brilliant light. Best for children 3 years old and up. Approximate run time is one hour.

4. The Snail and the Whale: Saturday, March 22 at 2 pm and 5 pm; Sunday, March 23 at 1 pm and 4 pm
Tall Stories, last seen at COCA in the supremely entertaining production of The Gruffalo, present their latest collaboration with author Julia Donaldson and illustrator Axel Scheffler. Through songs and storytelling, The Snail and the Whale is about a tiny snail who takes a ride on the tail of a humpback whale. When the whale finds himself beached, he suddenly needs the help of his tiny passenger. How will the snail save him? This journey is presented through the eyes of an adventurous young girl and her seafaring father. Best for children ages 3 to 10. Approximate run time is 50 minutes.

Dance St. Louis presents Cedar Lake Contemporary Ballet January 28 and 29 at Touhill Performing Arts Center. This New York based company works with some meaty and brilliant choreographers and beautiful dancers. Led by French-born Artistic Director Benoit-Swan Pouffer, the company will bring St. Louis dance fans some breath-filled, exhilarating, poignant, and stunning movement. We don’t get to see much contemporary ballet in this area, so be sure to experience this performance. I have yet to see Cedar Lake Contemporary Ballet live, but from their video excerpts, there is clearly something visceral and Ballet Boyz/William Forsythe going on…